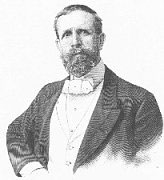 An American Southerner, born in Tuskeegee, Alabama, the son of a physician, Bridgman would become one of the United States' most well-known and well-regarded painters and become known as one of the world's most talented "Orientalist" painters. He began as a draughtsman in New York City, for the American Bank Note Company in 1864-1865, and studied art in the same years at the Brooklyn Art Association and at the National Academy of Design; but he went to Paris in 1866 and became a pupil of Jean-Leon Gerome. Paris then became his headquarters. A trip to Egypt in 1873-1874 resulted in pictures of the East that attracted immediate attention, and his large and important composition, The Funeral Procession of a Mummy on the Nile, in the Paris Salon (1877), bought by James Gordon Bennett, brought him the Cross of the Legion of Honor. Other paintings by him were An American Circus in Normandy, Procession of the Bull Apis (now in the Corcoran Gallery of Art, Washington, D.C.), and a Rumanian Lady (in the Temple collection, Philadelphia, Pennsylvania). 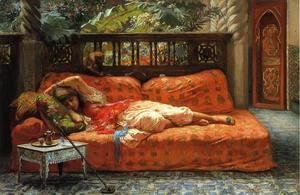 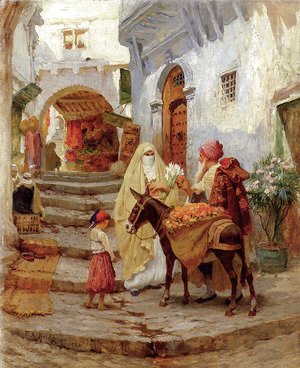 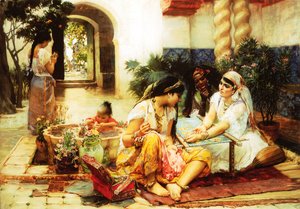 In A Village El Biar Algeria 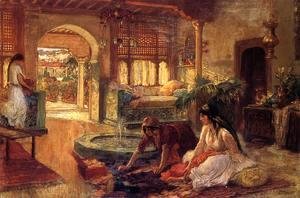 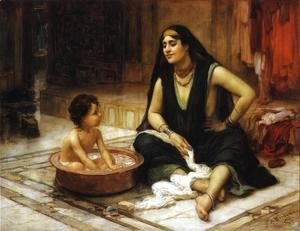 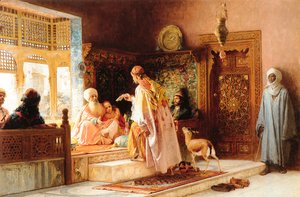 The Diversion Of An Assyrian King 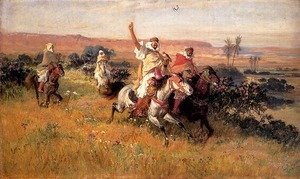 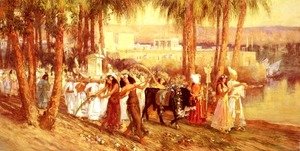 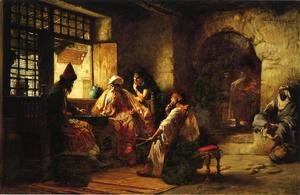 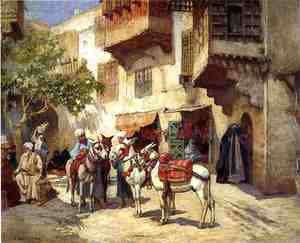 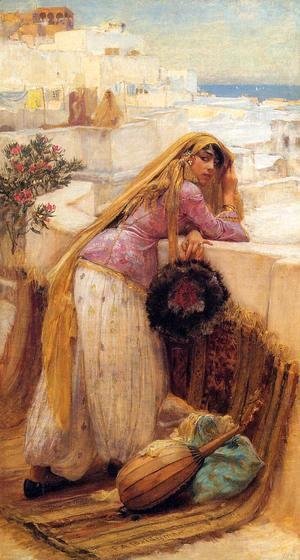